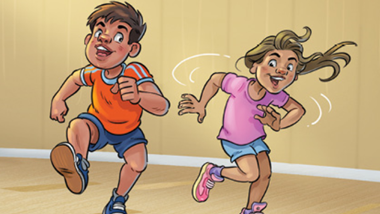 This story shows children following a range of instructions in physical education. It has been designed to support a video showing students in an English-medium primary school choreographing exercises using te reo Māori.

Students should be able to:

This story relates to the wider topic of Hauora/Health (Unit 5) in He Reo Tupu, He Reo Ora.

Learning intentions and success criteria have been included in these teachers’ notes (see rubrics below) to help determine student progress.

The format of the rubrics is similar to He Reo Tupu, He Reo Ora, allowing for student self-assessment, as well as assessment by: 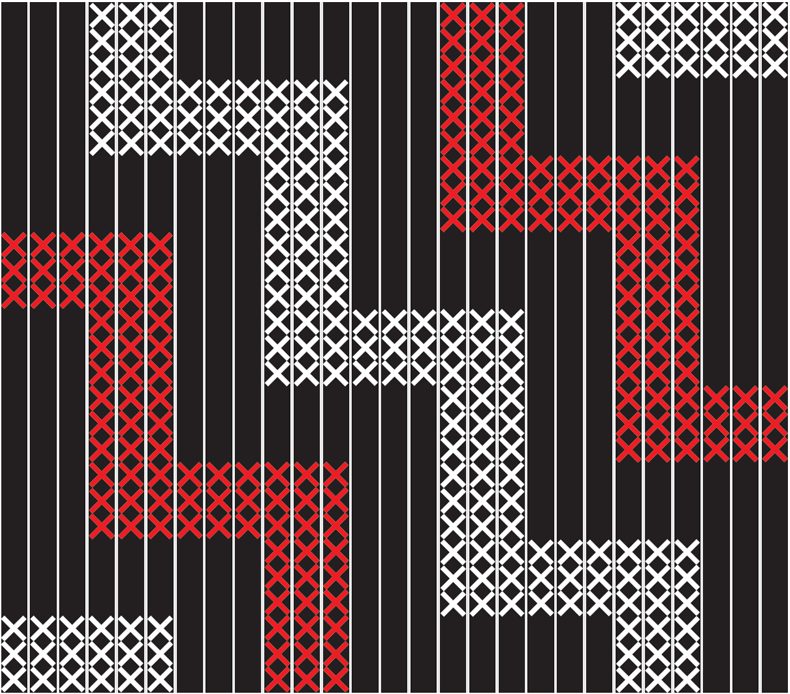 The three tohu/ symbols in the rubrics indicate different steps of learning, as depicted in this poutama pattern. 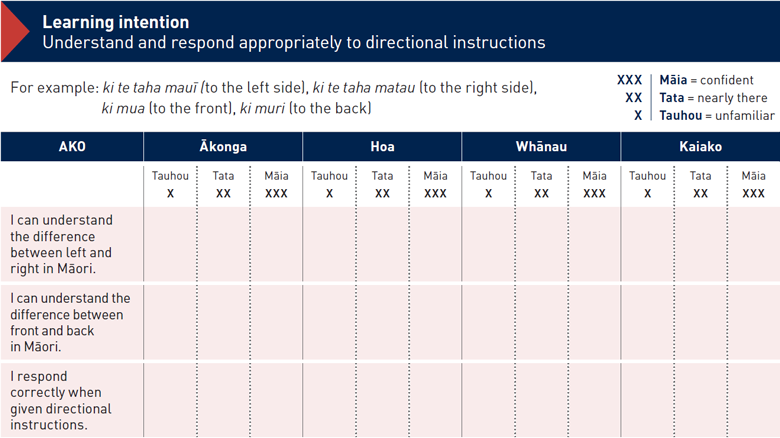 Let the legs of my grandchild be massaged.

Traditionally, mothers massaged their baby’s limbs, from birth, to make them more flexible and agile for physical activities. The most common Māori words for ‘massage’ are mirimiri and romiromi. 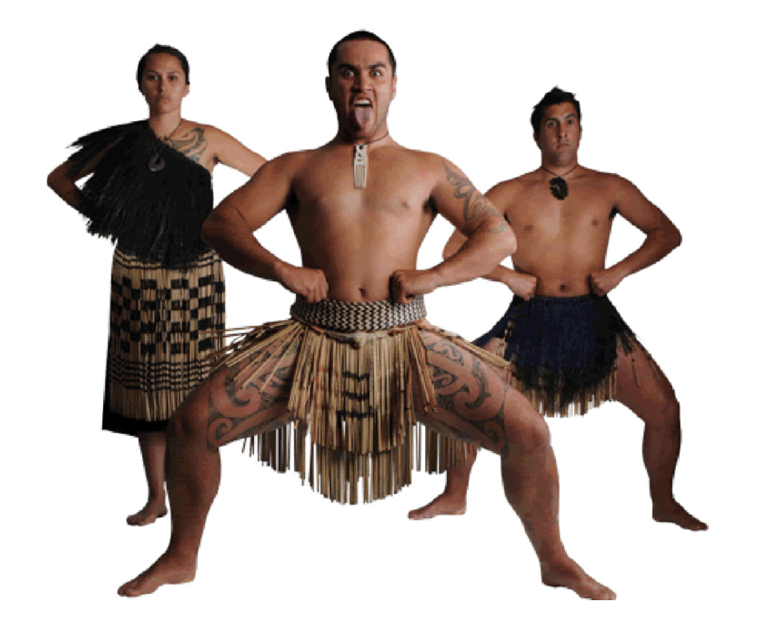 Before reading the story, talk with students to discover:

You could create flashcards to show images of the following content words:

Once students are familiar with the text, you can facilitate some of the second language tasks/ activities below, working to your students’ strengths and interests. The aim is to extend their proficiency and use of te reo in meaningful contexts.

While facilitating these tasks/activities, remember that you don’t have to be the expert. As conveyed in the Māori concept of ako, you may be in the position of being a learner alongside your students. In fact, some students may want to take the lead.

Physical response – Ask the children to follow your commands (from the story).

Mahia he porowhita. (Form a circle.)

Ako – Play some catchy music (such as Poi e) and have the students stand in a circle. Ask each student to call out one command for their peers to respond to physically. Some students may choose commands not in the actions in the story, for example: e hura (hula), pakipaki (clap), pekepeke (jump), hopehope (swing hips), e huri (turn around), kanikani (dance), e rere (fly), waewae whiua (swing legs).

Viewing – Students practise listening and responding to commands in the suggested line dance activity for the song Whakarongo tamariki mā. This waiata introduces more reo kori language, including huri matau (turn to the right) and ringaringa kei waho (hands stretched out). It also has alternative commands for movements in our story, such as hīkoi whakamua (walk forwards) and tītaha te haere (move sideways).

Personalised choreography – After watching an example video, students work in small groups to choreograph their own movements to music.

Korikori tinana – kia kaha e. (Move your body – give it all you’ve got.)

Information transfer – Read out various actions that are performed at different stages of circuit training in physical education. Students respond by drawing stick figures that appropriately convey these actions.

Cloze activity – Create gaps in the written text for students to complete. A cloze is a good way to help students notice the grammar of te reo Māori, as well as improve their prediction skills and encourage them to make intelligent guesses from context and picture cues.

The gaps in a cloze can represent a consistent part of speech such as nouns or pronouns. Alternatively, words can be deleted at random, for example, every third word.

You can make a cloze exercise easier for students by:

A cloze task can be extended to incorporate listening and speaking, where you read a piece of text and stop at each missing word, so students can suggest an appropriate word to fill the gap.

Strip story – Cut in half some sentences from the story. Each student receives one half. They must find the other half to create a sentence, and make sure that their combined sentence makes sense.

Research – As part of their inquiry learning, groups of students investigate a leisure activity practised by traditional Māori. They could present the findings back to the class and, if possible, demonstrate the activity to their classmates and to whānau. For example, they could demonstrate kaimakamaka (knuckle bones), whai (string games), poi, haka, mū-torere (checkers), tī rākau (stick games), mahi ringaringa (hand games), and pōtaka (spinning tops).

Mini book – Print the mini-book template (with instructions) so every child in your class can take home a mini version of this story to read with whānau.

The following waiata will support the kaupapa of the reader:

(Run, turn, greetings to you all)

In English-medium ECE settings, where Māori language is a natural part of the programme (as recommended in the Mana reo strand of Te Whāriki),the big books for Reo Tupu stories can be used for shared reading with tamariki.

These stories will allow teachers to weave Māori language and culture into their everyday activities, demonstrating the value they place on te reo and tikanga Māori. This is especially important for enhancing identity, sense of belonging, and well-being. The audio component of the e-books will support teachers and tamariki to pronounce te reo Māori correctly.

The following stories are relevant to the kaupapa of this reader:

Nohotima, P. (2002). Ko Ia tērā. Wellington: Learning Media. (Purapura story about a boy who prefers to run, jump, leap or do cartwheels, rather than walk.)

The author would like to acknowledge the teachers she has worked with over the years, inspiring her to create these books. Ināianei kua mātātupu. Ka tuku mihi hoki ki te whānau Laison nō Taranaki me te whānau Takotohiwi nō Ngāti Awa, who nurtured her in te ao Māori; ko te tino koha tēnā.

All these people have added to her kete.