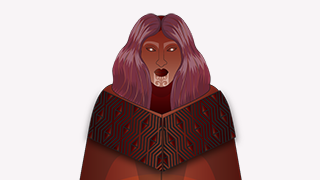 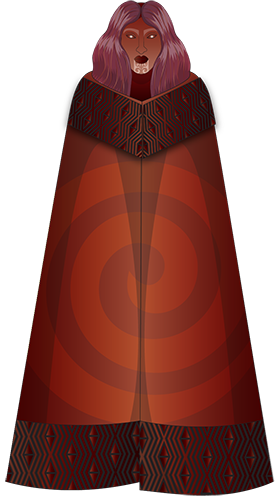 Hineahuone is the first woman, formed from the red clay at Kurawaka by Tāne. Her name means earth-formed woman. She eventually became the wife of Tāne and they had a daughter, Hine Titama. Hine Titama eventually becomes Hinenui te Pō, the goddess of death.

She is depicted with her korowai. The spiral pattern is called Rauru which represents whakapapa and the umbilical cord, specifically the part connected to the mother. It is from her all humans descend from.